Piano Concerto in A Major K488 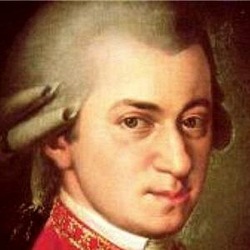 Wolfgang Amadeus Mozart (1756 – 1791) was one of the most influential, popular and prolific composers of the Classical period. He composed over 600 works, including some of the most famous and loved pieces
"Music is my life and my life is music. Anyone who does not understand this is not worthy of god".
Mozart was born in Salzburg, Austria, to a musical family. From an early age, the young Mozart showed all the signs of a prodigious musical talent. By the age of 5 he could read and write music, and he would entertain people with his talents on the keyboard. By the age of 6 he was writing his first compositions.

During his childhood, he would frequently tour various palaces around Europe playing for distinguished guests. Aged 17, he accepted a post as a court musician in Salzburg; although this did not suit him very well, the next few years were a time of prolific composition. In 1781, he moved permanently to Vienna where he stayed for remainder of his life. In Vienna, he became well known and was often in demand as a composer and performer.
Music of the Classical era.
The dates of the Classical period in Western music are generally accepted as being
between about 1730 and 1820.
The Classical period falls between the Baroque and the Romantic periods. The best-known composers from this period are Joseph Haydn, Wolfgang Amadeus Mozart and Ludwig van Beethoven. Classical music  is mainly homophonic — melody above chordal accompaniment but counterpoint is by no means forgotten. There are plenty examples of imitation and other polyphony in this concerto.
Variety and contrast within a piece became more pronounced than before especially in the use of dynamics, though not nearly as dramatic as in the later Romantic period. Notice the terraced dynamics (sudden changes from f to p and vice versa) throughout the whole concerto especially in the fast movements. This occurs most often when a theme is being repeated.
Frequent changes in timbre (instruments or instrumental sections) were more commonplace in the Classical period than they had been in the Baroque. Melodies tended to be shorter than those of Baroque music, with clear-cut (4 or 8 bars) phrases and clearly marked cadences. The orchestra, especially its size is an important feature of this era.  It increased in size and range, though again nothing as big as the Romantic orchestra. Piano (with its Alberti Bass style of L.H. accompaniment) and the clarinet was invented and favoured by Mozart.  Adherence to strict forms like Sonata form and Ternary form is one of the most important features of the Classical era. Other features include the appoggiatura (lean) and use of diatonic harmonies (modulation to closely related keys etc.)

Classical Orchestra
The orchestra
Strings; Violin 1 and 2, viola, cello and double bass.
Woodwind; flute, clarinets in A 1 and 2, bassoons 1 and 2
Brass; Horn in A 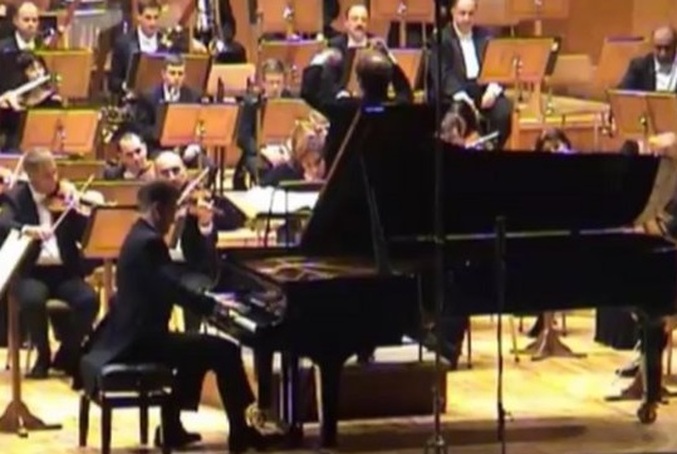 Piano out in front of the orchestra as the solo instrument