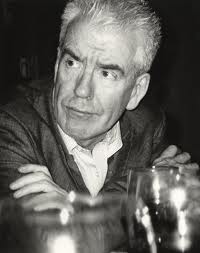 Gerals Barry
Contemporary means modern but in music what qualifies as modern depends on the style of music. In popular music modern means now, or in the last year or 2 at a push. In 'Classical' music the term contemporary refers loosely to much of the music composed over the last hundred years.. Composers have always sought to break new ground, push back the boundries of what is considered to be normal. In 1913 Stravinsky shocked with The Rite of Spring. Today, the Rite is considered to be standard orchesrtral repertiore. Similarly, composers like Schoenberg, Bartok, Glass, Adams all contributed something new as music developed throughout the 20th Century.
Ireland does not have a long established tradition in Classical music, but gradually over the last 40 years many Irish composers have emerged, one of which is Gerald Barry.
Gerald Barry was born in 1952. He studied with top european composers,Stockhausen & Kagel. His work performed widely in Europe and America.Piano Quartet No. 1 was commissioned in 1992 by the Institute of Contemporary Arts, and was first performed in London on the 6th December 1992.

The following is the full audio of Piano Quartet No.1

Contemporary style
Some of his techniques are ancient, but used in a modern way. It is important to be able to recognise features of Contemporary music in his style, while also recognising that not everything he does is contemporary. .Features of contemporary music heard in Barry's Quartet include;
Dissonance, Irregular and changing time signatures, (7/8, 3/16 etc.) unusual instrumental techniques (eg note clusters, flautando) polymetre, retrograde,  and the unusual form,  A/B1/C1/C2/B2/C3/D1/D2+B3/E1/C4/C5/E2+D3/C6/C7/F+C8/C9/G/H

Other features of his music include, very specific tempo markings, extreme contrast of tempo, dynamics, pitch and texture at the start of each new section or when a tune repeats within a section and use of Irish melodies but these are not especially modern. His moving from one section to the next is clearly defined with no attempt make the transition smooth.
Barry's frequent use of polyphonic textures including Canon  is discussed separately.
Doubling.
Doubling in octaves is very common, i.e. B1 (3rd repeat), C1 (7-part section), B2,
(3rd, 4th, and 5th playing) and C4 (Hommage á Horowitz).
Doubling at unison occurs at D2-B3, and E2-D3, and C7.
Retrograde. (playing a tune backwards from Serialism)
The 2ndhalf of A is a retrograde inversion.
E1 is a retrograde of D. (Beidh Áonach Amárach). Therefore
E2-D3 features the retrograde and original at the same time.
F features a new tune and its retrograde together, together with an augmented version of C.
Irish Tunes.
A is Sí Beag Sí Mór.
All C s are The Last Rose of Summer.
D (and therefore E) is Beidh Áonach Amárach.
H is Lord Mayo’s Delight.
Bi-Thematic.
2 themes are used together at D2-B3, E2-D3, F-C8.
G is a juxtaposition of all themes which could be described as Polythematic.
Inversion occurs in A, and C7. (turning a tune upside-down)
Polymetre at F-C8. (different time signatures simultaneously)
Augmentation at C8. (A tune where all the note values are larger)
Wedging occurs C4 (Altering the pitch of notes)