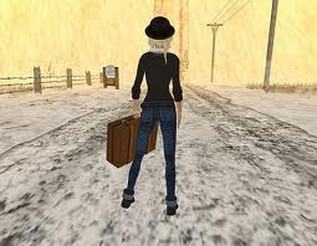 Paul : John and I wrote 'She's Leaving Home' together. It was my inspiration. We'd seen a story in the newspaper about a young girl who'd left home and not been found, there were a lot of those at the time, and that was enough to give us a story line. So I started to get the lyrics: she slips out and leaves a note and then the parents wake up ... It was rather poignant.
The string ensemble was recorded live in one take on March 17th 1967, arrange by Mike Leander as George  Martin was not available. The Harp was played by Sheila Bromberg, the first female to play on a Beatles recording. It'sthe first song on the album that doesnt contain guitar or drums and it's one of the few Beatles songs where the band members don't play."
Style    -     Mixture of "pop-ballad" and Classical
Features of Classical
1. Instruments - Strings and Harp.
2. Vocal counterpoint in the refrain (chorus).
3. Counter-melodies and trills in the string arrangement
Features of a "Pop-Ballad"
1. Story
2. Relaxed style of singing
Form
Intro 4 bars
Verse 32 bars
Chorus 19 bars
Verse 32 bars
Chorus 19 bars
Verse 16 bars
Chorus 20 bars
Coda 7 bars
Texture
Homophonic (melody and accompaniment) in the verses.
Polyphonic (2 independent melodies) in the choruses.
Several counter melodies or even small melodic fragments in the string arrangement.
Broken chords on harp in the intro and strings during the 2nd verse.
Block chords on harp and strings throughout.
Rhythm
Metre is 3, 3/4 time, 3 beats in each bar.
Only an occasional syncopated rhythm in the words, more even rhythm.
Some syncopation in the string accompaniment
Tonality
Key of E major
Vocals
More melodic, soaring melody. The style of singing is more gentle or “ballad-like”
Falsetto (high pitch male voice) in the choruses.
Instruments
4 Violins, 2 Violas, 2 Cellos and a double bass ( a string nonet) and a Harp
Recording Techniques
1. Overdubbing and mixing (recording tracks separately and mixing them together.)
2. Both vocals are double tracked creating a chorus effect.
3. Panning - Spreading the sound across the stereo spectrum.
4. Reverberation.

Audio section at a time

Intro 4 Bars on Harp over the key chord, E. Consider the harp like you would the piano with 2 hands playing high and low notes. The higher notes are broken chords with an added 6th (C#) and the lower notes are a block chord (E major).

Verse 1  32 Bars  note especially the 3 bar cello motif which enters on the 6th bar of the verse after "the day begins".  It occurs twice in each verse but with different material added each time. Observe the "whole-tone" passage from E to A# and back. This is followed by block chords and note the syncopated rhythm in the last bar. This also occurs each time the cello motif is heard.

The next time this motif is heard, in  the 2nd half of the verse, it is complimented with a contrary motion, descending scale on the violins. This acts as a kind of word painting for the words, "She goes down the stairs....etc.

The most important feature of each chorus in the counterpoint (polyphonic) between the 2 voices. Paul sings the narrative in a falsetto high pitch voice and John sings a lower pitched counter melody representing the parents.
Just notice the last bar (strings) which sounds like an extra bar. Describe it as follows;
i) Strings (instrument)
ii) Staccato (articulation)
iii) Block chords (texture)
iv) 3 Crotchets (rhythm)
This is a great example of how one tiny bar can be "described" under several different headings
In the 2nd verse a kind of "alarming" rhythm (triplets and syncopation) is used as word painting of the words, "she breaks down and cries to her husband, Daddy our baby's gone" by the string section.

In the last verse, the cello motif is accompanied by a fuller block chord texture on the upper strings. Note the trills (tr.) which add a sense of anticipation ( word painting) to her future on "waiting to keep the appointment she made, meeting a man from the motor trade". Also listen for the huge amount of broken chords in the string accompaniment under the last verse.